Like most fab girls of my vintage, when I was in high school, I thought Drew Barrymore was pure awesomeness. In fact, I still kind of do. She was sassy, cool, sexy, funny, and adorable – everything teenage-me wanted to be. In fact, I still kind of do.
At some point, however, I decided that the things that were getting in the way of me being just as awesome with Drew were my eyebrows. They were too big! You see, at the time, Drew was rocking some pencil-thin eyebrows à la those that adorned the face of silent film star, Clara Bow. They were edgy, yet sophisticated. They would look awesome on me.
Or so I thought.
In my attempt to look like this: 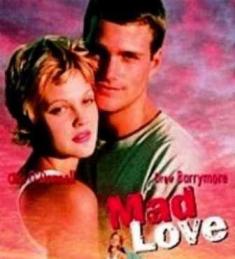 I ended up doing this to myself: 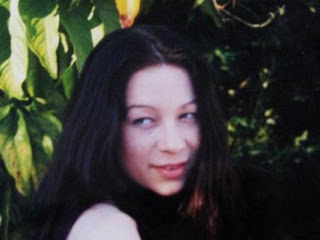 AND NOBODY STOPPED ME!!!!!!
Thankfully, in a fit of honesty, my sister’s boyfriend ended up asking me one day why I did that “thing” to my eyebrows. When I assured him that I did not know what “thing” he was referring to, he said, “You know, to make them so thin and weird. They kind of make you look like Joan Collins – Joan Collins now, not young Joan Collins.”
(I wish this was an exaggeration but he was literally that blunt.)
Somehow I didn’t cry. I just acted like he had NO idea what he was talking about and told him that I was hardly going to take beauty tips from a boy but I heard him loud and clear. Thin eyebrows = not pretty.
Needless to say, I started growing my eyebrows back immediately.
Thankfully for both Drew and I, our eyebrows have grown back to something of their former glory. I am sure mine aren’t as thick as they used to be though.  And now, when I look longingly at pictures of the Olsen twins with their gorgeous, full-but-manicured brows, I feel a twinge of regret. Maybe mine would have been that lovely if I had stayed the hell away from the tweezers when I was a teenager. Who knows? All that I do know is that I will never again reshape my eyebrows to keep with a trend or passing fancy.
And if I can stop just one person from making the same mistake, then it has all been worthwhile, right?
Not really. I would much prefer that it had happened to one of you instead of me.
Posted by Emma M at 5:17 PM

So when did you realise that the thing which was REALLY standing between you and Drew (a la Mad Love) was a short crop of blonde hair?

Here is my web-site: hogan milano