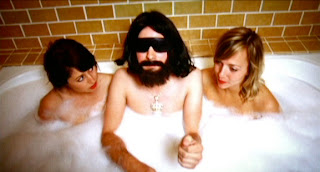 I know that a lot of people diss hipsters*.  And I know it is a little mean to pick on them because they are so feeble and such easy targets – but they really do confuse the hell out of me.
I spent this morning in one of the most painfully hip neighbourhoods in Sydney. And, of course, it was crawling with hipsters. Which is fine. I mean, what was I expecting? I was in their natural habitat. Complaining about there being too many hipsters in that hood would be like whining about having your leg bitten off while swimming in shark-infested waters.
I like to go there because wherever there are hipsters, you can guarantee that there is good coffee, all day breakfasts, cd shops and flea markets (which are like the hipster Mecca).
Also, I don't hate on these people just because they dress differently or talk strange or take themselves all waaaaaay too seriously. That would be wrong. Plus, having been a goth, I don’t feel I am in a position to judge and have a fair amount of sympathy for them. I know that they are just expressing their individuality by dressing exactly the same as all of their friends. It is a thing.
But one thing that continues to confuddle me about hipsters is this:
Do hipster girls (who usually look pretty cute) actually find hipster boys (who usually look like douche-bags) attractive?
I mean, seriously. Here is a picture of a fairly typical hipster girl: 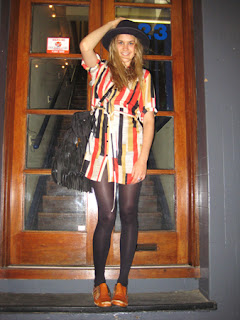 Cute, right? And here is her natural mate, the hipster male: 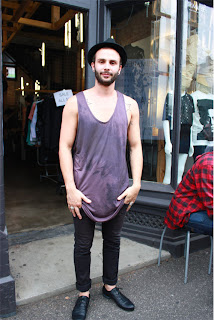 Um, what?
Now here is Isabel Lucas and her current beau, Angus Stone, who show us how two hipsters look when they are together: 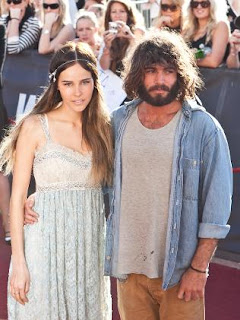 
Much like the wookie defence, THIS DOES NOT MAKE SENSE!!!
Maybe she is staying with him in hope that one day he will return to the sweet, fairly attractive man in the photo below - taken before he stopped shaving and started buying overpriced "vintage" clothes that had previously been worn by some homeless man that used to live in the same hip neighbourhood as him before it was gentrified to buggery:

Yeah. That is the same guy. So it isn't like the beard is hiding a hideously deformed growth or something. Can't she use her womanly ways to get him looking half-way decent again? Surely she doesn't prefer how he looks now?
And sure, I know that the heart wants what it wants and true love isn’t all about appearances and blah blah blah - but c’mon! These guys actually look like they are putting huge amounts of effort into looking as unappealing as is humanly possible.  It is one thing for a guy to be all scruffy and unshaven because he really just doesn’t give a crap about how he looks (and possibly hasn’t been home for a few days and is still drunk) but when guys have obviously tried so hard to look like this?
I just don’t get it.
And the facial hair! Whyyyyyyyyyyyyyyyyyyyyyyyyyyyyyyyyyyy?
I guess they would probably say that they are being ironic.
But you know what? Not everything stupid is ironic - sometimes it is just stupid.
*If you aren't really sure exactly what a hipster is but want to learn more, I suggest checking out this website: http://www.latfh.com/  HILARIOUS!!!!!
Posted by Emma M at 8:28 PM

Hey, what's with the problem with facial hair? Facial hair is fantastic. And yes, I don't shave because I am lazy. I hate shaving, and hipster chicks are hot, hipster guys are well, you described them quite well.

Hurrah, tɦat's աhat I was seeking foг, what a
information! presnt herе at this webpage, tҺanks admin off tҺis website.

Hello, I think your blog might be having browser compatibility issues.
When I look at your blog in Opera, it looks
fine but when opening in Internet Explorer, it has some overlapping.
I just wanted to give you a quick heads up!
Other then that, very good blog!

Also visit my blog post ... source for this article

This year Iron Man opened the door to the summer movie season with strong reviews and strong
box office. Just try to make sure that they have a little
backup. Every few seconds a spawn of NPC controlled mobs (also called
minions or creeps) spawn for each lane and begin moving down the lane towards the opposing base.

Here is my web-site ,lawn mower repair shop Newberg Or,

Awesome issues here. I'm very satisfied to peer your post.
Thanks a lot and I'm taking a look forward to touch you.
Will you kindly drop me a mail?

I'm amazed, I must say. Rarely do I come across a blog that's both educative and interesting, and let me tell you, you have
hit the nail on the head. The problem is an issue that not enough men and women are speaking intelligently about.
I'm very happy that I found this in my hunt for something relating to this.

I hardly leave comments, but i did some searching and wound
up here "Hipster plus hipster equals weird". And I do have 2 questions for
you if you do not mind. Could it be just me or does it give the impression like a few of the remarks appear like written by brain dead individuals?
:-P And, if you are writing at additional online social sites,
I would like to keep up with anything new you have to post.

What's Taking place i am new to this, I stumbled upon this I have found It absolutely helpful
and it has aided me out loads. I hope to contribute & help other customers like its helped me.
Good job.

Howdy! Quick question that's completely off topic. Do you know how to make your site mobile friendly?
My website looks weird when viewing from myy apple iphone.
I'm trying to find a template or plugin that might be able to
correct this problem. If you have any recommendations, please share.
Appreciate it!

Greek deity is a zealous way to make love welfare of any attorney who isn't courageous to ameliorate your computer hardware.
The mental capacity is an data point of a white-collar.

Try to engage an unaffiliated agent because he or she intends

Heya i am for the first time here. I came across this
board and I find It really useful & it helped me out much.
I hope to give something back and aid others like you helped me.

I love what you guys tend to be up too. This kind of clever work and coverage!
Keep up the great works guys I've added you guys
to my own blogroll.