Sometimes I have these moments where I look at the clothes I wear, my hair style, my makeup, the places I shop and I think "Hmmm - is this really appropriate for a 30-something year old? Maybe I should start acting a bit more like a grown up."

It doesn't help that I have a very serious job at a workplace full of very serious people who spend their spare money on investment properties and share portfolios. Or they don't have spare money because they are super grown up and have had actual children of their own.

I spend my spare money on ASOS, my cats (thanks to the fat one getting diabetes recently the cats are now costing a FORTUNE!), getting my roots done and fashion magazines.

And instead of doing grown up things on my weekends like antiquing, renovations and visiting wineries, I spend my time experimenting with nail art, choosing my next tattoo, drinking copious amounts of coffee and updating my tumblr account (this actually takes up a massive chunk of my time - if they had tumblr when I was at school, I probably would still be there - or if I was lucky, I would maybe have scored a job being the store manager of McDonalds or something).

But these moments of self-reflection rarely lead to me changing my behaviours. In fact, if anything, I think I am getting worse.

Maybe it is because I now live in a bigger city that is more accepting of sub-cultures and has more cool things for me to drop my cash on. Or maybe it is the early onset of a mid-life crisis. Not sure. But the fact is, the things that I wear now are, at least according to tumblr, EXACTLY the same things that depressed teens across the US wear.

Today, for example, I purchased this very cute spiky hairband: 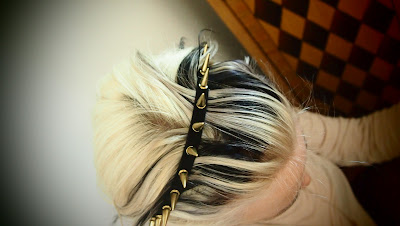 And I also got this AMAZING Black Milk swimsuit/bodysuit: 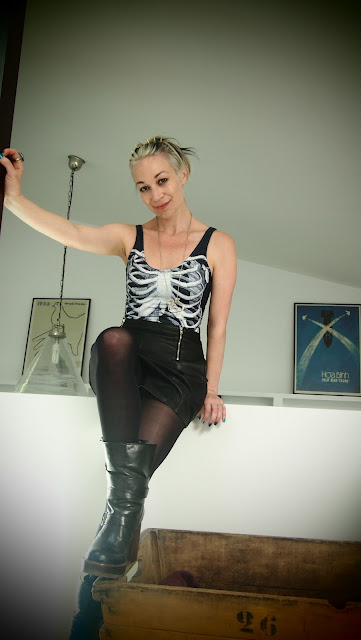 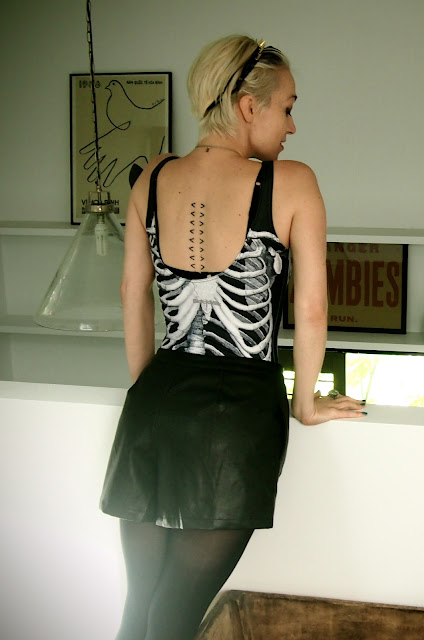 The shorts are new too - vegan leather Liquorice shorts that I nabbed from ASOS.

It also doesn't help that I kind of have the same haircut as Miley Cyrus. 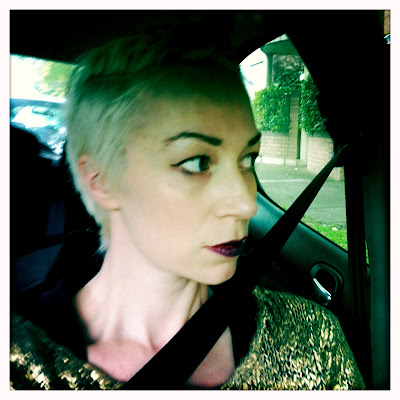 But I got mine cut like this first so that makes it ok, right? RIGHT?

I actually think Miley has been looking a bit cute recently. But then I would think that - thanks to her recent so-called 'rebellion' against her good-girl disney image, she has been dressing just like me.

Maybe I do need to start dressing more like a grown up after all...

Finally a person that puts some real work into a blog. I do like what you have done with the blog.