To freeze or not to freeze...

The fact that I am very, very conscious of looking old is not a secret. Maybe that isn't totally accurate - I am more than just conscious of it. I am actually scared of it. I wouldn't say I am obsessive about ageing but it is definitely something that weighs on my mind from time to time.
Up until now, I have sought to stop the ravages of time through a strict skin care regime, yoga and good diet. Which is all very lovely but now that I am 31 and in a rather stressful but well-paid job, I am starting to wonder if it isn't time to up the ante a little bit.
That is right - I am talking about botox people!
Friends of mine swear they will never get it done. Which is all very nice, but I can't help but think that their tune won't change as the wrinkles get deeper. I mean, as a teenager, I remember boasting that I would never exercise or diet. And yet as a sedentary job and wavering metabolism started to show their effects on my waistline, I was soon lining up for the treadmill and raving about how tasty asparagus and tofu really was.
I have no problems admitting that I have no intention of ageing without some kind of intervention. Other people might be secure enough to let the years have their way with their faces but not me. Whatever help I can get, I am going to take it.
So I am not definitely going to say that I will never get botox. The real question is really - when should I get it? And how much and how often?
Right now I look ok - thanks to years of shunning the sun, I am not showing any major signs of ageing. But part of me has started to think that I should be taking more serious measures now (maybe not botox but certainly peels and laser resurfacing) as a preventative measure so that I can basically keep looking the way I do now for ever and ever and ever.
Sounds nice, no?
Well it may sound nice, but will it look nice?
Because I am far more scared of looking like a freak than I am of looking old. I am not so deluded that I can't see that a woman who has aged gracefully, like Isabella Rosellini say, looks SO much better than a woman who has injected the living crap out of her face (like Our Nic for example): 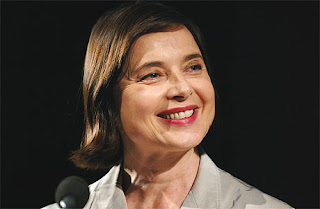 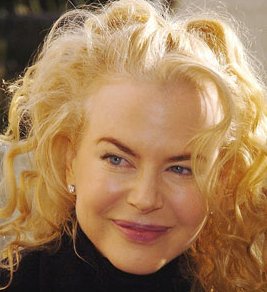 Source: www.babble.com
I mean at one stage, Nic - who is supposedly a serious actress - managed to completely destroy the ability of her face to show any emotions at all. So much so that, in spite of my love of all things Baz Luhrmann, I refused to watch "Australia" for fear that seeing her being dragged around the outback by the delish (and seemingly botox-free) Hugh Jackman would be kind of like watching Andrew McCarthy trying to animate the deceased Bernie in "Weekend at Bernie's".
See? Same.

But my fear of ending up looking like a bloated, dead fish subsides pretty quickly when I see a celebrity who has somehow managed to stop the ageing process entirely. Someone who should look at least a decade or two older than me but who actually looks younger and much, much better.

Demi Moore is a perfect example of this. Of course, she has repeatedly denied that she has ever had any work done (but freely admits to using leeches to rid her body of impurities or some such rubbish) so it is difficult to know what it is that she is doing that I could replicate in order to defy the passing years. All I know is, she looks better now, in her late 40s, than I did even in my teens. Hell - I have never looked this fresh, glowy and, well, slamming:
What a bitch. Seriously.

I imagine that she has the same access to cosmetic surgeons and dermatologists that all the other ageing celebrities have, but somehow she looks better and less "worked on" than all of them.

The only thing that could really explain her Dorian Gray-like refusal to age is that she has come to some sort of an arrangement with the devil. And, as far as I can tell, it was TOTALLY worth it.

Yet if I do dedicate myself to the botox-way, there seems to be a far greater chance of me looking like a puffer fish than looking anything like Demi when I am in my 40s. And that would not be worth it.

So before I start injecting stuff into my face, I am going to see if some of the other, less scary, treatments work. Maybe by the time I get to 40, there will be improvements in injectables and more guarantees of achieving a natural result.

Until then, it is just me, my moisturisers and a lot of praying that the years will be kind.