I love a good hat. I wish I could wear them all the time. All seasons, all outfits, I want to add a hat.

But, contrary to what the classic 90s movie 'Clueless' would have us believe, it is not easy to pull off a hat in real life.

Take today, for instance. Today, I wanted to wear my very cute, new skirt which reminds me of something that Bridget Fonda's character in 'Singles', Janet, would have worn. And she would have totally worn a hat with it - so I wanted to wear one with it too.

Also, it was raining. A lot. And hats are great in the rain because they stop the rain from hitting you in the face and kind of keep your hair dry (but then there is the dreaded hat-hair to deal with - which I tend to deal with by refusing to remove my hat - even indoors).

So I put my skirt on with opaques, a jumper, some big-ass boots - and my felt bowler hat. And I felt pretty gosh darn adorable, I must say! 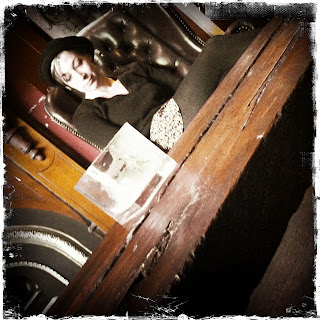 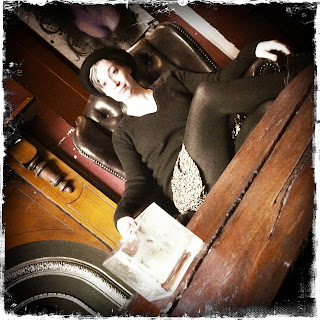 When I walked downstairs, husband looked confused. Not quite stinky face, just that look that seems to say, 'Very funny. Now what are you actually wearing?'

But I would not be dissuaded from my hat wearing - not today!!!!!

Because, you see, I have been trying to add hats into the mix for years - but for some reason I always end up bowing to peer-pressure and going with the far more socially-acceptable 'hatless' look. So many times, I would brave the great outdoors with my fabulous new hat on, only to be faced with the same, cutting taunt - 'So what's with the hat?'

Here are some of my earlier attempts (in chronological order):

(I can't really remember, but that may have been taken in the last year before I started dying my hair - I think this may actually be my natural hair colour!!!!) 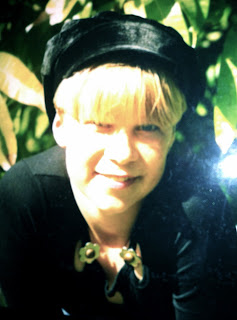 (Ah - behold, my unfortunate androgynous years! Why, oh why did I cut my hair short in the middle of that awkward stage where I already looked kind of like a boy? Of course, the velvet hat helped me out immensely! *facepalm*) 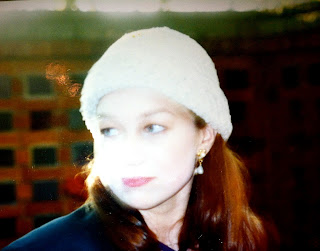 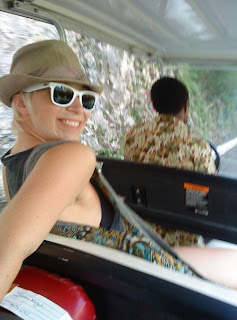 (This hat still lives in my wardrobe - but it only gets worn when I am overseas and no one knows who I am.)

Now what I should have said to everyone who dissed my hats by asking what was 'with' it, is this: 'There is nothing WITH my hat. I just think hats look COOL! And they ARE cool. And so am I, GODDAMMIT!!!'

Of course, I never did. I would pretend that I had the confidence to pull a hat off initially but then it would end up being taken off and shoved to the back of the wardrobe when I got home where it would get dusty and misshapen and would never see the light of day again.

Sad, isn't it? My wardrobe is basically a hat graveyard.

Why can't I just wear my hats with confidence, like these babes?

Well, today, I tried again. And I left my bowler hat on aaaaaaall day. Today, I held my be-hatted head high!

And I think I am going to buy more hats. Especially given that it is winter now. Hats are ace in winter. 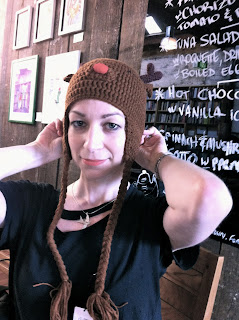 My own early lessons about hats came from:

1. Scary 'you must wear your school hat at all times whilst in uniform outside school grounds OR YOU WILL BE LETTING THE ENTIRE SCHOOL DOWN' lectures. From my Kindy teacher.

2. My Fair Lady - I understood from the racing scene that hats mostly made you walk slowly and talk funny.

You can understand how a girl could get confused.

OMG. I hears ya! Rocked out my new fedora yesterday… I thought it was sweeettt… until Jason pulled epic stinky face and then laughed for 10 minutes while pointing and saying ‘funny hat, funny hat’. NOT cool. RG would definitely have appreciated our millinery bravura.

I'm a fellow closet hat wearer (that is to say, they remain in my closet...) I love hats!! In my head they make me look disarmingly hip & yet in reality I feel like I have try hard stamped on my forehead, sigh...