Get ya frock on!

I got invited to a party this week. And the dress code is "black tie".

I love getting frocked up. I take it very seriously. I definitely do not go in for this "it says black tie, but cocktail will be ok" crap that everyone seems to think is appropriate these days. If you were meant to wear cocktail, the invite would have specified "cocktail" - geddit? Sheesh!

Hell, I would wear black tie to the movies if it was socially acceptable. But, sadly, it is not.

And it is precisely  because there are so very few occasions that call for formal wear these days that I think the opportunity to frock up should always be fully embraced whenever it arises.

The fact that we are getting to the pointy end of the awards season makes it even more exciting too! Will be able to get lots of inspiration from whatever Rooney Mara ends up wearing to the Oscars!

The first time that most girls get a real excuse to get their glam on is their high school formal.

At my school, our formal coincided with our graduation so it was also our last night with our old school friends. This probably would have been a sentimental moment for me if I hadn't been absolutely desperate to get the hell away from that school, and everyone in it, as soon as I god damn could.

But that didn't mean that I didn't want to look pretty! 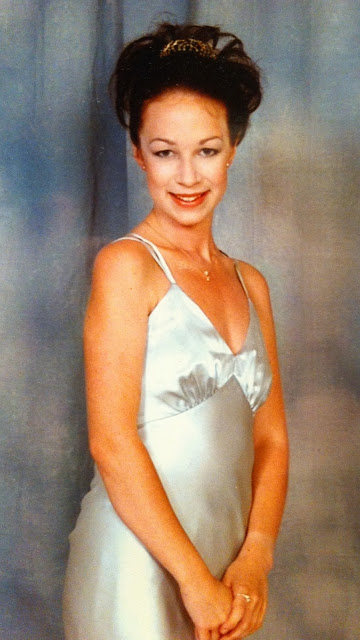 I bought this dress with my mum months and months before my actual graduation. We went on a major shopping expedition for it a few weeks after I was dumped by my boyfriend in a horrendous fashion (over the phone while I was in the middle of studying for my exams). I think she had hoped that shopping for a pretty, expensive dress would cheer me up. And she was right for the most part. (Although I do remember sobbing uncontrollably while we were eating lunch in a nice restaurant. And again in the train on the way home while listening to Tori Amos and Fiona Apple on my walkman. My poor mum!)

Being a demi-goth, most people expected me to rock up in some kind of medieval number I think. I did consider getting a black and purple strapless corset with matching purple skirt for a little while. But as soon as I tried on this silvery, silk dress, it made me feel like such a princess! And I think that is really what I needed at the time. Oh, and it had the coolest back to it, too. 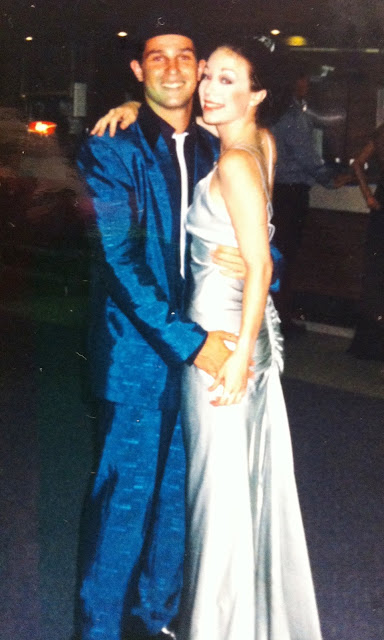 (How awesome was this guy's suit, btw? Also, you can't really see it in this photo, but he was wearing a bowler hat. Very cool.)

But that was my formal. It is a big thing, you know? So I was quite happy to go all out with the dress and shoes and getting my hair did and all that.

Nowadays, though, I get invited to a black tie event maybe once every couple of years.

So what is a girl to do?

Well, just because I like to make an effort at these things doesn't mean I am totally ok with spending a bucket-load of cash on a new dress each time. And it isn't just the dress, is it? There are the shoes (and no, you can't just grab one of the pairs of heels that you wear to work, no matter how much my husband might insist), handbag (ditto the handbag, ok husband?), bling etc etc. You can end up racking up some serious cash on a bunch of pretty things that, let's face it, you will probably only wear once.

Even though it is a bit boring, I find going with a black dress is good because you can get away with wearing it to more than one event and, so long as you accessorise it differently, I don't think anyone really notices. Also, I find that if you dye your hair pale pink the morning before the event, everyone will be more focussed on your hair anyway. 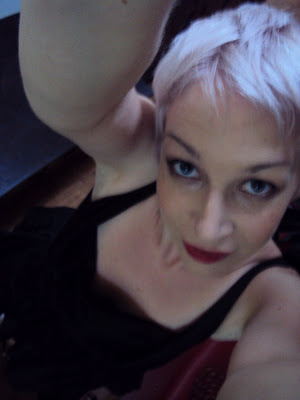 Gothic balls, on the other hand, are much easier. It is pretty much corset, ripped fishnets and pretty Victorian jewellery.

(I still may just wear a corset to this next black tie party - but we will see.)

Last year, my gorgeous, gorgeous, friend got married and, because she is incredibly stylish and fabulous, it was a formal affair. While I was initially super-excited by the prospect of shopping for a new dress, when I thought about the evening dresses that I had sitting at the back of my wardrobe, I couldn't really justify buying a new one. But I still wanted to look really special at my friend's wedding (not as special as her, obviously!).

So, I decided I would wear the same dress that I had worn some 13 years ago to my high school formal but updated with new accessories to give it a different feel. 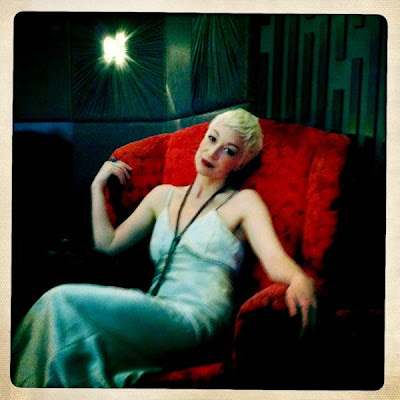 Mostly, though, I was just stoked that it still fit me. And that it was still in style!

I don't think I can really get away with that again though. Plus, I kind of feel like because I saved on that one, I get to spend more this time around!

Some Dior or Armani Prive, perhaps?

Ok, that first photo is just freaking me out.